All Collections
Investment
Safety and security aspects of USDN staking

Written by Mark
Updated over a week ago

The safety of one's funds is the key concern on the mind of any crypto holder – and rightly so. Luckily, USDN staking is devoid of many of the risks usually associated with cryptocurrency investments. Here we have collected information related to security, as well as the answers to some of the common questions.

The importance of decentralization

USDN staking is much safer than most other types of cryptocurrency investments thanks to the decentralized nature of Neutrino USD. All the operations with it are governed by a smart contract – not by some company or centralized entity. There is no risk that anyone interferes with your funds or rewards. At any moment, you can access Waves Explorer to verify the smart contract's balance, the list of transactions to and from the contract, etc. 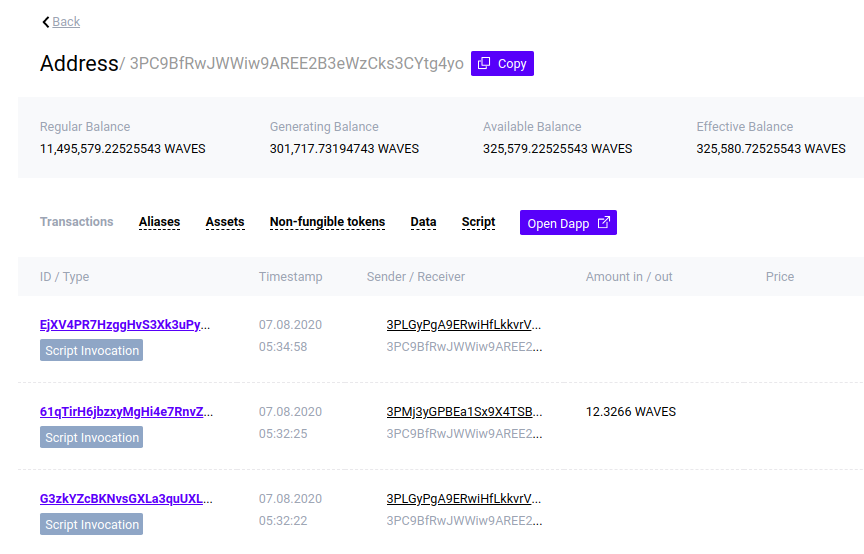 The majority of popular stablecoins (USDT, USDC, etc.) are centralized: the issuer has control over both user accounts and the fiat collateral held in a bank. Thus, the issuer can freeze accounts at will or dispose of the collateral as they see fit. Moreover, the authorities can take action against the issuing company and seize its assets, in which case the price will collapse and you will lose your money.

By contrast, USDN is fully backed by WAVES, so it doesn't have to rely on fiat reserves in a bank. Nobody can seize the collateral or transfer it to a third party. You maintain full control of your funds at all times.

Unlike most other staking coins, USDN isn't subject to market volatility. The reward rate you see on the website is the real yield you will earn. Since your staking rewards will hold your value with time, so you don't have to cash them out immediately.

For comparison: a regular PoS staking coin can easily lose 30% or more of its value over a short time. Thus, both your stake and your accumulated rewards will depreciate by 30%, making your overall yield negative.

Who is behind USDN?

The Neutrino protocol and USDN were designed by some of the leading Waves developers and introduced by WX.Network – a popular hybrid trading platform. The technology behind USDN has been successfully tested for over 4 years.

What happens when the price of WAVES goes down? What is a contract deficit?

If WAVES depreciates, the market value of the WAVES in the smart contract becomes lower than USDN market capitalization. This is called contract deficit. Example: let's say that a total of 1000 USDN were issued, with an equivalent of $1000 in WAVES locked up in the contract. If the price of WAVES goes down by 20%, the market value of the collateral will be just $800, not $1000, meaning a deficit of $100.

What happens if there is a contract deficit?

During periods of the deficit, the price stabilization mechanism is triggered to re-balance the contract. Special tokens are issued, called NSBT (Neutrino System Base Token) which users can for a price of less than $1 in WAVES equivalent and later redeem for USDN at a 1:1 ratio or even higher. The exact discount is calculated automatically when a user buys NSBT. For instance, you may be able to purchase NSBT for WAVES at the price of $0.9 per token and later sell it back to the smart contract, getting 1 USDN ($1) for each NSBT. Your profit will be $1/$0/9=1.11=11%.

Swapping NSBT for USDN only becomes possible when the contract is in the state of overcollateralization – that is, the market value of the WAVES in it exceeds the market cap of USDN. In a sense, the smart contract borrows from users in times of deficit and then pays off the debt once there is surplus. Additionally, a special reserve is formed during periods of overcollateralization.

Has the contract ever been in deficit?

Yes, in the first half of 2020 the contract was consistently in a state of moderate deficit following a general plunge in crypto prices. However, the stabilization mechanism ensured the stability of the system, and USDN stakers didn't experience any disruptions. The only effect was that the APR (annual percentage rate) remained at a relatively low level of 8-10%. However, in July 2020 the price of WAVES went up rapidly and the deficit was eliminated.

What will happen if WX.Network closes or goes down?

USDN is a decentralized stablecoin, so the staking service doesn't 'live' on any specific server and isn't controlled by any company or exchange. All that WX.Network provides is a graphic interface to interact with the smart contract.

If WX.Network were ever to go down, staking would still work normally and you'd still get rewards every day. You'd just need to use different means to access the contract – for example, via Waves Explorer or Waves Dapp.

If you have any questions related to WX.Network, feel free to contact us.

Did this answer your question?